Choosing the best places to visit in Spain is one of the most difficult tasks you could attribute to even the most skilled specialist in the field of tourism. There is so much more to Spain than the well-known large cities. The European country is packed with picturesque hidden gems just waiting to be discovered. Whether you’re looking to spend time at the beach, eat delicious foods, go out clubbing, or enjoy a live concert of a local band, you will find everything you are looking for – and a little extra on the side.

Spain is one of Europe’s most attractive getaways, stretching on quite a vast territory that encompasses a variety of cultures and spectacular landscapes. Consider yourself warned – first-time travelers become addicted to Spain and will feel the need to return to discover even more of what it has to offer.

What makes this country even more appealing is that you can visit it just about any time. The Mediterranean south is warm all year round, while the central plains suffer from cold winters, and the Atlantic coast is kind of humid. Try visiting Spain in late spring or early autumn. The weather will be pleasant, and the number of tourists rather small. Do keep in mind that this Iberian country is one of the most visited nations on the planet.

Here are the 8 best places to visit in Spain for an unforgettable vacation:

Best Places to See in Spain for Architecture Appreciation 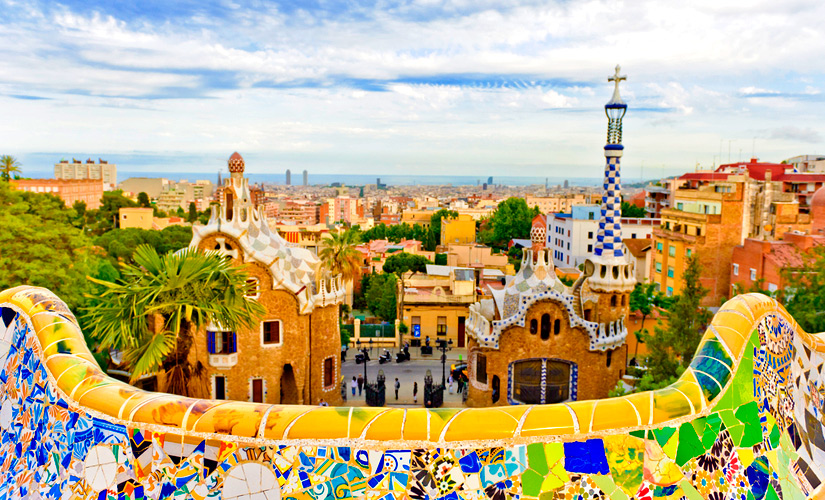 Spain most treasured gem, Barcelona has a world-known reputation for being a city of arts. Located in the north-east region of Spain, it offers everything from lazy beach-time to buzzing nightlife. Tourists cannot miss the opportunity to see the famous Sagrada Familia church, the city’s symbol, at least once in their lifetime. Another prized possession is the colorful Casa Batllo, envisioned by one of the world’s most innovative architects – Antoni Gaudi.

Feast your eyes on the architectural marvels of Barcelona, and then stroll down La Rambla, the famous pedestrian avenue filled with shops and restaurants.  While on this route, you will come across the medieval Gothic Quarter. Its old buildings, narrow streets and grand plazas make it a must-see attraction. And don’t forget to visit the Parc Guell and take amazing panoramas of the city. 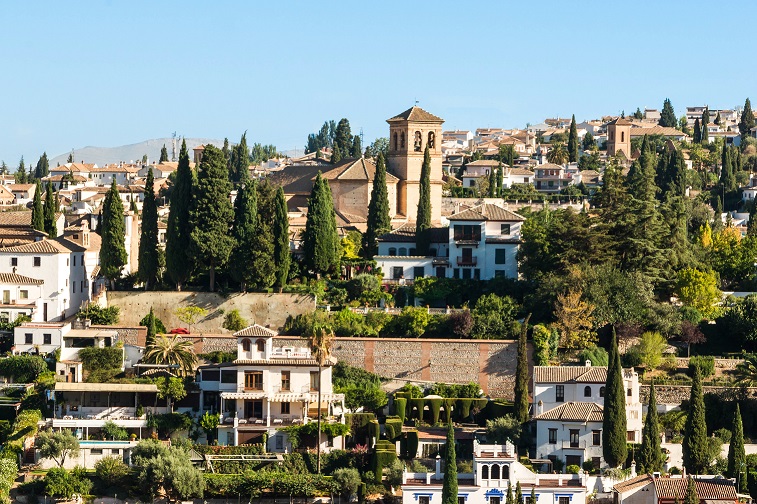 It comes as no surprise that the south of Spain gets more praises than any other region. A road trip through Andalusia will make you never want to leave the area ever again. Granada is the provincial capital of Andalusia, lying at the foot of the Sierra Nevada mountains. Visitors fall in love with the centuries-old buildings that offer a glimpse into Spain’s Moorish past.

When in Granada, don’t miss the Alhambra. A 1000-year old palace and fortress in one, the Alhambra in Granada, southern Spain will take you back in time when the majority of Iberian Peninsula was still ruled by the Moors. In fact, Alhambra is regarded as the crown jewel of Mudéjar architecture because of how well the structure reflects that of the Moors’ history, culture, and art.

This charming city is one of the best places to visit in Spain, inviting its visitors to experience true Spanish way of life by dancing in flamenco bars and enjoying delicious tapas with the locals. 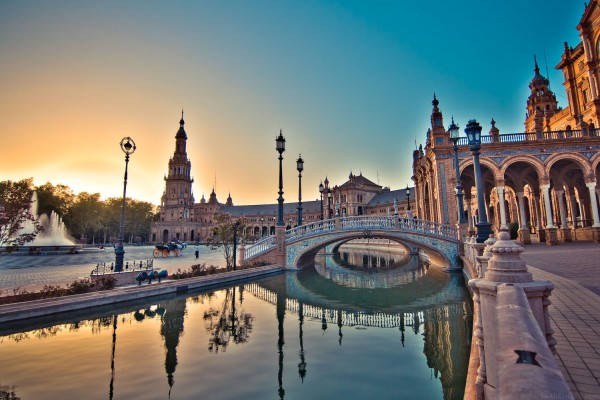 Seville is another famous city in the Andalusia region. This absolutely enchanting town awes its visitors with its whitewashed houses, Baroque architecture, cobbled streets, and the breathtaking Alcázar Palace. It is quite compact, which makes it easy to explore. Seville is famous for its tapas bars, so do not miss the chance to try many plates of delicious appetizers. 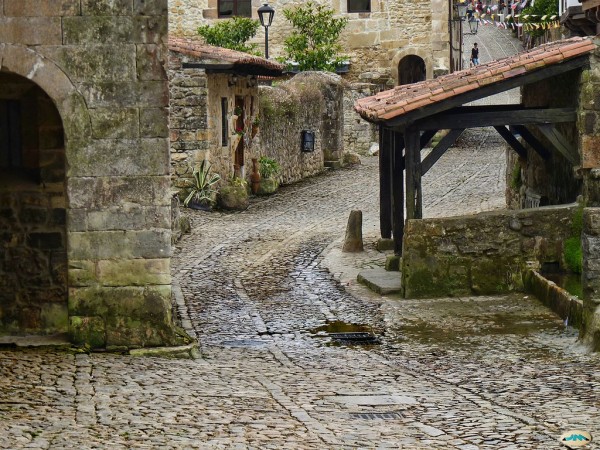 Go back in time with a visit to Santillana del Mar, one of the best places to visit in Spain – a well-preserved medieval city located in the beautiful Cantabria region. Although you might think it lies near the sea, this picturesque town is surrounded by land.

This medieval jewel is a perfect place to unwind after seeing big, cosmopolitan Spanish cities. The bright cobbled streets, brick buildings, sandstone churches, ancestral-looking houses, and flower-filled balconies, are a real treat for the soul.

Best Places to Go in Spain for the History Lovers 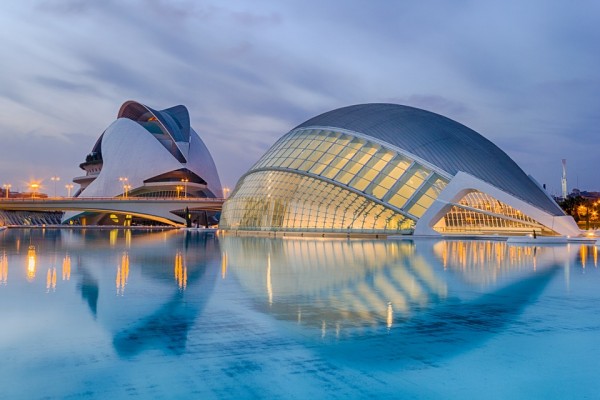 Valencia sets itself apart from the more traditional-looking cities of Spain thanks to the futuristic City of Arts and Sciences entertainment and cultural complex. It is now a real trademark of the 21st century Valencia, and one of the most photographed attractions in Spain.

However, this is an old-meets-new city, and you can still find remnants of the 100BC Roman colony that inhabited the region. Lovers of history can stroll down Barrio del Carmen, an atmospheric part of the old town, famous for its cafes, restaurants, and bars.

Valencia is one of the best places to visit in Spain if you want to try the famous paella. The city is home of the delicious rice dish, a stew cooked with rice, meat, and garrofón. If you have sweet tooth – and who doesn’t – do try the Moorish influenced traditional Valencian sweets. Buñuelos, arrop i tallaetes, panquemado, and rosetones, are just some of the few mouth-watering treats you can find in Valencia. 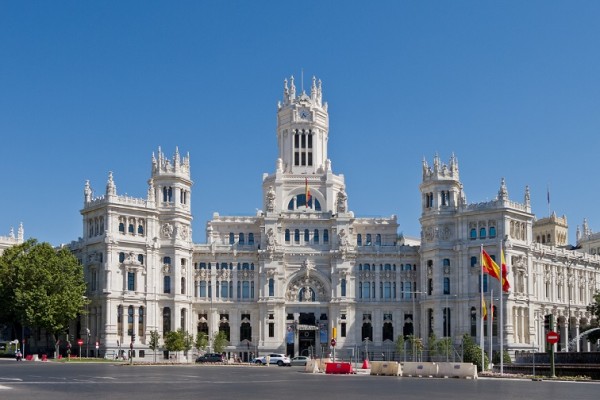 Madrid the capital city of Spain, a cosmopolitan city with a strong cultural and artistic heritage. It’s one of the most dynamic and developed cities in the Western world, while still enjoying one of the most important historical centers of the European continent. Plaza Mayor is the main, vibrant square of the city, inaugurated in 1620 and now one of the most visited sites in the country.

Art plays a significant role in the city’s cultural life. Madrid has more than 60 museums covering all fields of knowledge. Soak in the culture at Prado Museum – one of the most important art galleries in the whole world, the Reina Sofia National Art Centre, and the Thyssen-Bornemisza Museum, just to name of few of the many culturally rich sports in the capital city.

Moving up north, we have the medieval city of Logroño. Rich in history, this charming town still preserves its traditions ever since the Middle Ages. It’s also one of the most famous towns on the Pilgrimage Route to Santiago de Compostela.

The historical center packs significant cultural sites, such as the Baroque-style Cathedral of Santa María la Redonda, which is worth exploring on the inside as well. Then, we have the oldest church in the city – Santa María de Palacio, that dominates the city with its Gothic-style spire. You won’t have to go very far to find the church of San Bartolomé, a beautiful piece of architecture dating back to the 12th century that still preserves its Romanesque style. 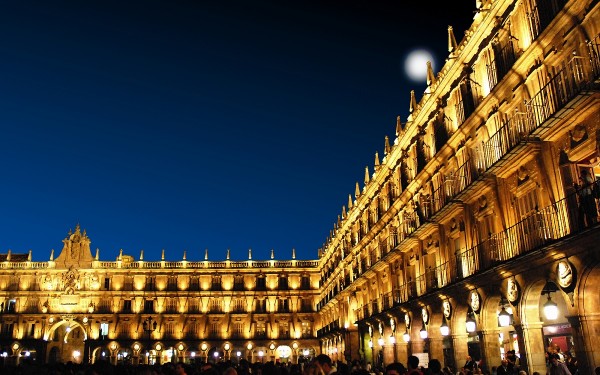 Salamanca is a city of breathtaking beauty, rightfully earning the nickname of “The Golden City” because of the glowing light emanating from the many sandstone buildings. Like any other Spanish town, Salamanca is filled with historical constructions, such as the 12th century Catedral Vieja or the 15th century Casa de las Conchas.

It is also one of the oldest university towns in Europe, and it is still home to some of the continent’s finest universities. Speaking of which, thanks to the huge population of both Spanish and international students, it is also known as the liveliest city in the Castilla historical region.

Best Places to Travel in Spain: The Runner-Ups

If our top eight picks were not enough, so here’s more. Check out more of the best places to visit in Spain!

This autonomous community in northern Spain is the place to be if you want to experience a distinct historical and cultural adventure. The Basque language is just one of those unique traits about this place. Although, Spanish is still one of their official languages.

While in Basque, visit one of the world’s best museums, the Guggenheim Museum. If you’re in for the Spanish beaches, bask under the sun in the San Sebastian-Donostia’s Concha Bay. The Basque cuisine is a big deal in the community, especially seafood. To find the best seafood in town, head to the La Bretxa marketplace in San Sebastian.

You can also head on to Bilbao, an industrial port city and the de facto capital of Basque Country. A trip to the town of Bilbao means visiting the Guggenheim Museum. The museum’s structure is most likely its best asset–a mixture of glass, titanium, and limestone shaped into the most unconventional way you can imagine.

Within the Extremadura region of western Spain is a UNESCO World Heritage Site that appears to be a melting pot of different cultures with its medieval streets, Gothic and Renaissance architecture, Moorish walls, and Islamic towers. The town is easily one of the most historic and beautiful places in Spain.

Some of the attractions in the city include the Co-Catedral de Santa María, Torre de Bujaco, Los Golfines de Abajo Palace, and Emirate de la Paz among others.

East of the Spanish mainland, is an archipelago known as the Balearic Islands with the four largest islands being the Menorca, Mallorca, Ibiza, and Formentera. These islands boast of some of the most beautiful beaches in the Mediterranean and more.

There is the UNESCO-listed Dalt Vila in Ibiza which is regarded as one of the fascinating villages in the country. For those who want to stay away from crowded beaches, the unspoiled beaches in Formentera are waiting for you. If you want a piece of Mallorca’s history, the medieval walled city of Alcudia is the place to be.

Aside from Seville and Granada, there’s one more city in the Andalusia region that’s worth paying a visit: the city of Cordoba. Here, you’ll see the famous Mezquita or the Great Mosque. It’s one of the most beautiful structures in Spain and one of the world’s greatest depiction of Islamic architecture.

Cuenca is a scenic city set on a mountain range in east-central Spain. This is another fortified and walled town in the country that you don’t want to miss. One of the primary attractions in the area is the Casas Colgadas or the Hanging House. There’s also the Cuenca Cathedral or la Basílica de Nuestra Señora de Gracia which is the first Gothic cathedral in Spain.

This Spanish archipelago consists of seven main islands. That said, you can be certain that there’s so much to explore in this set of paradise.  There’s the Playa de Maspalomas in Gran Canaria, Parque Nacional del Teide in Tenerife, The Caldera de Taburiente National Park in La Palma, Timanfaya National Park in Lanzarote, Valle Gran Rey in La Gomera, and so much more.

Final Thoughts on the Best Places to Visit in Spain

It is highly undeniable that Spain has a lot to offer to its visitors. It’s just a matter of knowing where you to start your adventure and where to find those places that would most appeal to you. Hopefully, this guide would help you get started on your Spanish trip.