It’s true, everybody is moving to Texas nowadays. Thanks to its recent economic revival, the Lone Star State has reinvented itself as a prime location for both business and travel. One of the biggest cities in this unabashedly big state is Dallas. Over 1.2 million people now call Dallas home, and the city has invested a great deal of money and effort into making its Downtown district one of the hottest in the nation. Whether you’re into dining, live music, sports, or even the fine arts, you’ll find at least one venue in Dallas to satisfy your cravings. In this article, you’ll discover some of the best things to do in Downtown Dallas at night. By the time you finish reading this list, you might be surprised just how cosmopolitan Dallas has become in recent years.

Things To Do In Downtown Dallas At Night

1. Take In a Game at American Airlines Center 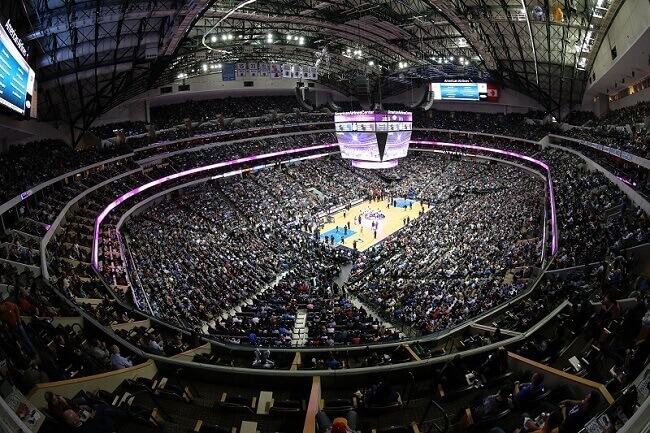 2. Check out What’s Going On at AT&T Performing Arts Center

3. Rock Out at The House Of Blues Dallas 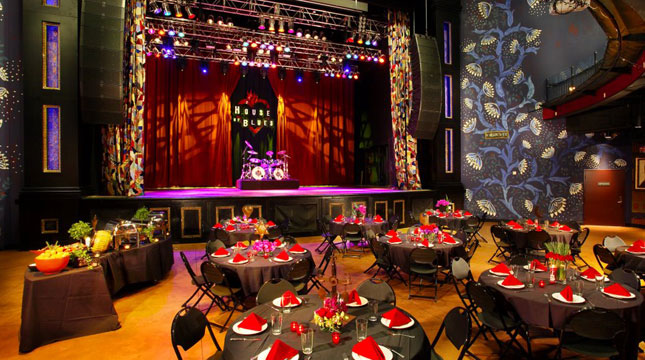 You’ve never experienced a House of Blues until you’ve been to the Dallas House of Blues. Near the Perot Museum of Nature and Science, Dallas’ House of Blues features all the fine Southern cuisine and bubbly brews you’d expect from this well-established chain. For some of the finest live music experiences in Downtown Dallas, be sure to check out the House of Blues’ events calendar.

The Dallas House of Blues has been serving up good times for the past 25 years, and things aren’t about to dramatically change anytime soon. The House of Blues is definitely one of the top things to do in Downtown Dallas at night, especially for party lovers. 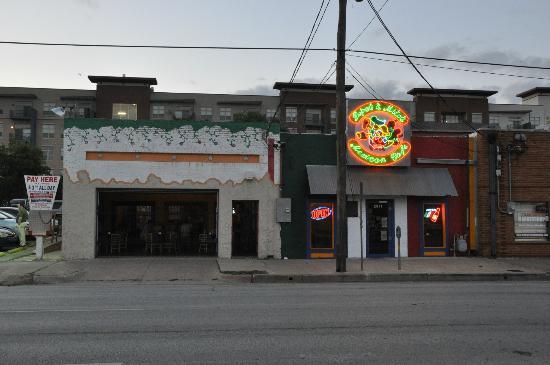 Looking for some great Tex-Mex grub in the heart of Dallas? Well, you can’t go wrong with Pepe and Mito’s. If you’ve heard of this restaurant before, then you’ve probably seen it featured on Guy Fieri’s popular Food Network show “Diners, Drive-Ins and Dives.” The owners of Pepe and Mito’s insist that their food is not “Tex-Mex,” but rather “Mex-Tex.” The chefs here stress the “Mex” because all of their dishes are inspired by traditional Mexican cuisine. Pepe and Mito’s most famous menu items include beef enchiladas, chipotle shrimp, and beef guizo. For anyone in the mood for an affordable and delicious taste of Texas, eating at Pepe and Mito’s is one of the greatest things to do in Downtown Dallas at night. 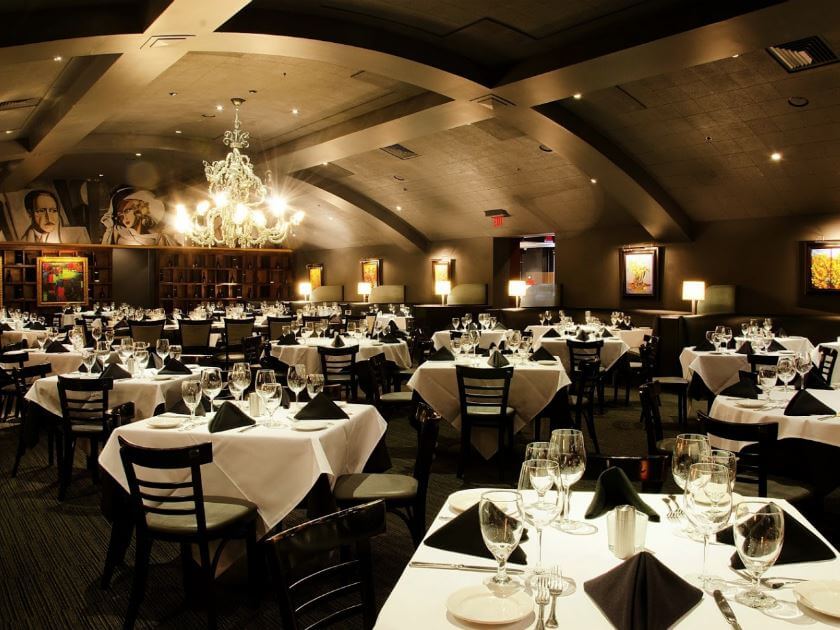 If you’re in the mood to splurge a bit on a wonderful Dallas dinner, we suggest trying out Nick & Sam’s Steakhouse on Maple Avenue. Consistently ranked one of the best fine dining experiences in Dallas, Nick & Sam’s is the perfect place for a romantic and relaxing dinner. Nick & Sam’s has been around since 1999, and since that time they’ve built up a great reputation for their excellent wine selection, seafood dishes, pork chops, and, of course, prime steaks.

USA Today, the Dallas Morning News, and the Dallas Observer have all included Nick & Sam’s on their lists of the finest eateries in the Lone Star State. The lighting in this restaurant is dim, and they ask all customers to follow their strict dress code. Reservations are highly recommended.

6. Grab a Beer at Lee Harvey’s 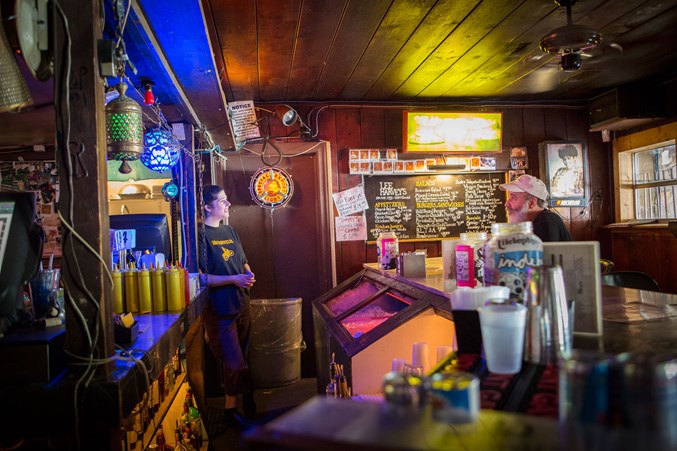 Located only a short drive from Central Downtown, the wood-paneled no frills bar Lee Harvey’s is one of the more popular haunts for Dallas tourists “in the know.” Inside this celebrated bar you’ll find numerous retro beer signs as well as a charming lounge area. People often bring picnic items and sit by the outdoors fireside on refreshing Dallas evenings.

There are also numerous live acts that come to play on Lee Harvey’s outdoor patio throughout the year. Just a few of the delectable items on Lee Harvey’s menu include a 12 oz. ribeye, a fried shrimp basket, and fish tacos. Sometimes called the “Cheers of Dallas,” Lee Harvey’s is definitely worthy of being on our list of the top things to do in Downtown Dallas at night. 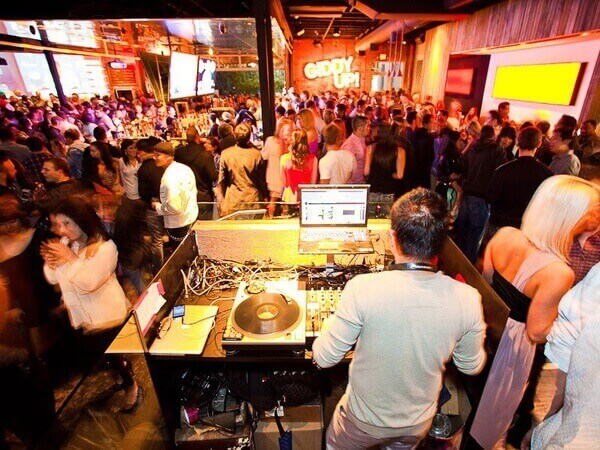 People really into the bar hopping might enjoy a side-trip to the Uptown section of Dallas. First off, try out the popular Concrete Cowboy on McKinney Avenue. This high-tech industrial club has both a live music/dance area and a sports bar. Just be aware, the Concrete Cowboy gets jam-packed on the weekends. Near the Concrete Cowboy, you’ll find the two-story Ginger Man, an all-American pub serving up over 75 on tap beers.

For Guinness lovers, the best Irish pub in the area is called the Blackfriar Pub. And, lastly, for a nice relaxing Southern bar experience, head on over to the humorously named Nodding Donkey. While these bars aren’t centrally located in the Downtown area, they offer such great experiences that we just had to include them on our of the top things to do in Downtown Dallas at night.